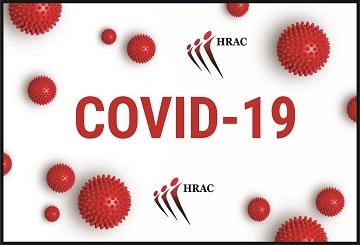 April 1,2020//-The Independent Police Complaints Coalition (IPOCOCO),  a group of civil society organizations/individuals advocating for the setting up of an independent police complaint body for Ghana, has asked the security agencies to respect the human rights of civilians as the country embarks on 14 days of Coronavirus disease 2019 (COVID-19) lockdown.

The lockdown which is being enforced in the Accra metropolis, Tema, Kasoa and Greater Kumasi has recorded a widespread police and military brutalities in these areas.

In this regard, Coalition reminded the security agencies (Police, Military, etc.) that Ghana is a signatory to many international human rights treaties and protocols that prohibit all forms of human rights violations including torture, degrading and inhuman treatment of persons.

“Specifically, the African Charter on Human and Peoples’ Rights (ACHPR) in Article 5 calls for respect of the dignity inherent in a human being and the recognition of his legal status and the prohibition of all forms of torture, cruel, inhuman or degrading punishment.

The Universal Declaration of Human Rights (UDHR) in Article 5 also expressly abhors torture. Similarly, the International Covenant on Civil and Political Rights (ICCPR) in Article 7 also condemns torture while The Luanda Guidelines on the Conditions of Arrest, Police Custody and Pre-trial Detention in Africa (Luanda Guidelines) demands that the State must always endeavour to promptly take steps to prohibit and prevent torture”, the press release noted.

(15) (1) “The dignity of all persons shall be inviolable., (2) No person shall, whether or not he is arrested, restricted or detained, be subjected to— (a) torture or other cruel, inhuman or degrading treatment or punishment;  (b) any other condition that detracts or is likely to detract from his dignity and worth as a human being.

The Coalition noted the assurances given by the Police Administration in their Operation COVID Safety, to undertake a humanitarian operation adopting “democratic security systems” to enforcing the restrictions to avoid any form of human rights abuse during this period.

The Coalition recalled that the Daily Graphic newspaper reported on July 3, 2019, quoting the then Inspector General of Police (IGP), David Asante-Apeatu, that the Ghana Police Service had taken delivery of 250 body cameras to be used by its personnel.

He said the 250 pieces were the first batch of 3,000 pieces expected to be delivered by the close of 2019 as part of efforts to enhance police transparency and accountability.

It therefore urged the Ghana Police to make use of these body cameras at this time to ensure we are able to monitor incidents which may occur during the period of the lockdown.

The Coalition also called on the Police Administration to proactively institute measures with the objective to monitor the actions of their personnel deployed for this assignment, and enforce disciplinary measures against all those who may be found to have gone wayward, and manhandled any civilian.

“In furtherance of the right to remedy provided in Article 2 (3) (a) of the ICCPR, we ask the Police Administration to set up a Complaints Desk, and publicize hotline phone numbers by which the public, who have suffered any abuses from the police, especially in this trying times, to call and report such personnel”.

In light of the spread of COVID-19 in Ghana, the Coalition called on the public to abide by the restriction orders and follow the rules. It equally called on the security agencies themselves to take precautions and not contract the virus while enforcing the restrictions during this period.

The Coalition commended the efforts by the President Nana Addo Dankwa Akufo-Addo and his government on the various steps they have taken to address the current pandemic of the COVID-19.

“We understand the severity of this global pandemic and encourage the government to adopt policies that continues to advance the human rights of Ghanaians”.

As part of the measures government has put in place is the enactment and invocation of the Imposition of Restrictions Act, 2020 (Act 1012) in fighting the pandemic which has resulted in the current lockdown being observed from today 30th March, 2020 for a period of 14 days.