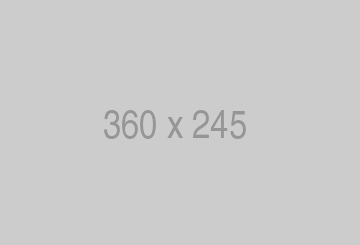 19th April 2013, allAfrica - Reporters Without Borders urges the Congolese judicial authorities to come to their senses in the case of Nicaise Kibel Bel'Oka, the publisher of the bimonthly Les Coulisses in Béni, in the eastern province of Nord-Kivu, who is facing a possible jail term and heavy damages for supposedly libelling a local customs official. On 5 April, Béni's prosecutor requested a one-year jail sentence for Bel'Oka in the lawsuit brought against him by Crispin Youmba Akilimali, the deputy director of the customs department (DGDA) in Béni, over a June 2012 article about alleged customs fraud. "Not only would the one-year jail term be disproportionate if Bel'Oka really had defamed the plaintiff, but it is also absurd because he did not," Reporters Without Borders said. "We urge the Congolese judicial authorities to see reason and we ask the Nord-Kivu court not to convict Bel'Oka for just doing his duty to inform his fellow citizens." Akilimali is suing Bel'Oka for 100,000 dollars in damages over the article, which reported that 977 tons of timber were exported on 18 May 2012 without being registered by the Béni DGDA. After Akilimali filed his libel suit, the prosecutor's office questioned Bel'Oka about the article for two hours on 27 September. After seven hearings since the trial began on 11 January, the court is now considering its verdict. It is just examining the libel complaint against Bel'Oka and is not looking at the alleged fraud by Akilimali and the DGDA. "We fear that Bel'Oka will be convicted of criminal libel because the prosecutor's office seems to have sided with the plaintiff throughout this case," Reporters Without Borders said. "Bel'Oka has nonetheless produced documents proving that Akilimali permitted fraud by under-estimating the quantity of wood being exported." Winner of the 2009 CNN award for press freedom in Africa, Bel'Oka already served a prison term in 2004. He told Reporters Without Borders: "The Congolese defamation law does not protect the media. It protects the strongest, those who have money and power."