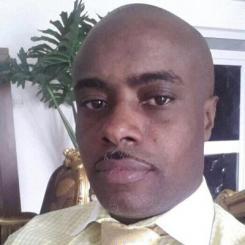 “We have made our position clear,” Atikpui said in an interview Tuesday with Joy FM’s Daniel Dadzie on the Super Morning Show, “Dr. Obeng-Andoh has no valid license."

Atikpui said that some time between 2012 and 2013, Dr Obeng-Andoh appeared before the Council, was found guilty of medical malpractice, and suspended for 3 years. But under the law, once a practitioner files an appeal, a stay of execution goes into effect, giving Obeng-Andoh permission to continue his practice until the appeal was determined. Obeng-Andoh, however, failed to renew his license, which gave the Council grounds to shut down his operation.

Atikpui, wouldn’t reveal why the Obengfo Hospital was still in operation following multiple complaints filed, but he says that the Council successfully closed the facility on two occasions, only for it to be reopened each time.

“Why was an institution that was shut down by a regulator reopened without recourse to the provisions of the law?” Atikpui asked.

“We cannot conclude that it is negligence at this point in time, but it sounds strange,” says Joy News reporter, Manasseh Azure Awuni. “The chronology of events described by the mother suggests something terrible happened, and not to the standards of a medical and health facility.”

On Sunday, her mother says Darko complained of feeling tired and admitted herself into Obengfo Hospital in Accra shortly after.

Two days later, Animah grew worried after numerous attempts to contact Darko were left unanswered. A nurse finally picked up Darko’s phone and informed Aminah that her daughter was in critical condition after having a bad reaction from an injection.  The nurse advised her to call her daughter the following day, but instead, Aminah says, she decided to go to the hospital.

When Aminah arrived, bad turned worse when Obeng-Andoh informed her that Darko was dead. Without her knowledge, her daughter’s body was transported to a mortuary and embalmed. It took Aminah 24 hours to find her daughter’s body, she says

She was a very kind and friendly woman,” says Aminah. “Condolences have been coming in from all over the world.”

The hospital is currently closed and its website is down. Obeng-Andoh, who is the facility's director, has since been arrested.

Problems in the past

In 2013, Joy News investigated practices at the Obenfo Hospital. The report concluded that Obeng-Andoh was not a certified surgeon and was practising illegally, according to the Medical and Dental Council.

Section 35 of the Council’s regulations states doctors must register for license renewal annually before they are allowed to practice.

"Dr. Obeng has not renewed his registration over the years," the Council’s Registrar Dr. Eli Atikpui told Joy News at the time.

The Council suspended Obeng-Andoh for erecting billboards advertising his practice, despite a failure to renew his license.

Later, Joy News found that in 2013, an Obengfo Hospital patient complained of a botched liposuction after paying GH¢12,000.

Then, in 2016, Obeng-Andoh was arrested after several complained of medical complications following visits to his facility.

Meanwhile, Obeng-Andoh insisted that he was formally trained in the United States for two weeks. At the time of investigations, he said his patients held him in high esteem for sculpting their bodies.

The Criminal Investigation Department (CID) is currently examining the case, but in the meantime, Atikpui has this piece of advice for the public. "Anyone who goes there to seek medical advice does so at his or her own risk