A civilised State must not condone torture! 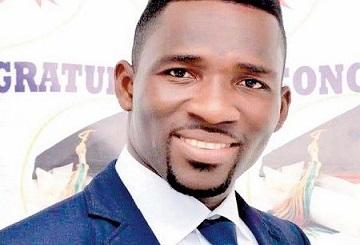 Our attention has been drawn to an alleged manhandling and torture of a journalist who is also the editor of an online news portal, Modernghana.com. According to reports, three journalists of the online news portal were arrested last Thursday 27th June 2019 by officials of the National Security in connection with alleged cybercrimes. The arrested journalists were taken from their work premises with their heads allegedly strapped in black polythene bags as a result of which they could not identify their location until they finally arrived at their destination where they were held until Saturday, 29th June 2019. The editor reports that during their period of holding, he was slapped on several occasions, beaten and administered with taser shocks during an interrogation process.  He also alleged that he was not even questioned on the so called cybercrime and hacking offences for which National Security claims they arrested the suspects.

As human rights Organisations, we find these allegations worrying. We have also taken notice of allegations of torture in other cases including the alleged kidnappers of the Canadian women and the trotro driver and his mate who were recorded in a fight with a police officer. We find these trends extremely worrying.

As a country with strong human rights foundation, it is expected that our practices will conform to human rights dictates. A person who is alleged to have committed a crime is still entitled to enjoy his human rights and same must be respected. This fundamentally includes the right to remain silent for his accuser to adduce the necessary evidence to establish his guilt beyond a reasonable doubt. Additionally, the 1992 Constitution of the Republic of Ghana, Article 15(2) clearly states that no person, whether arrested, restricted or detained shall be subjected to torture or cruel, inhuman or degrading treatment or punishment. The right to be free from torture is inviolable under both national and international human rights laws and therefore cannot be compromised under any circumstance.

Although the allegations have been denied in an unsigned statement purportedly coming from the National Security Council Secretariat, the allegations must not be watered down. As a civilised State, allegations of torture must be taken seriously and investigations conducted to ascertain their veracity or otherwise to inform further action.

A key fall-out of this incident is the potential for non-prosecution of the perpetrators from this unfortunate incident. This is because Ghana does not have a definition of torture as well as the designation of torture as an offence. Should there be prosecution, at best recourse will be to less grave offences such as assault, causing harm. While not degrading the importance of these offences, in comparison to torture, a strong case has been made in international law for the punishment of torture in most countries. The UN Convention Against Torture and the Committee Against Torture require Ghana to define and punish torture in its laws. The Concluding Observations of the Committee on Ghana’s 2nd Periodic Report in 2016 stated thus:

9.While noting that article 15, paragraph (2)(a) of the 1992 Constitution prohibits torture and cruel, inhuman or degrading treatment or punishment, the Committee regrets that the offence of torture as defined in article 1 of the Convention has not yet been included in the State party’s Criminal Code… The State party should take the necessary measures to ensure that torture is established as an offence in its domestic law, and should adopt a definition of torture that includes all the elements contained in article 1 of the Convention. The State party should also ensure that such offences are made punishable by appropriate penalties which take into account their grave nature, in accordance with article 4, paragraph 2, of the Convention. (Emphasis ours)

In light of the recent developments, it behoves on Ghana to right the wrong by domesticating the Convention and defining torture. In the meantime, we will petition the Commission on Human Rights and Administrative Justice to investigate and take the necessary action in this matter.