Statement on the Alleged Military brutalities at Dome Faase 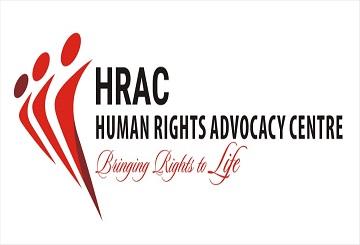 On 26th August2020, various media outlets reported the alleged abuse of the people of Dome Faase in the Domeabra Obom Constituency, of the Greater Accra Region, by about 300 officers of the Ghana Armed Forces (GAF). The alleged abuse was in response to a supposed assault   of two officers of the GAF who are said to be members of a joint military and civilian land guards in Dome Faase. Information making rounds is that chiefs in the Apadwa area led by the Mponuahene of Akyim Apadwa, Nana Baffour Sarpong Okumakum, a subject of the Okyehene, have claimed ownership of some Ga lands in the constituency that share boundary with the Eastern region. The Mponuahene is said to have consistently terrorized dwellers of Paanor and Kofi Kwei Electoral Areas with the claim that the land belongs to his stool using heavily built armed men. After frequent appeal to the Municipal Security Council to address the issue proved futile, the chiefs decided to confront the issues head-on. According to an eye- witness the chiefs then organized a press conference to lay bare the issues. At the press conference, some journalists requested to tour the sand winning lands (site) which they did. Whiles touring with the chiefs and youth, the Mponuahene ordered the officers to beat them which unfortunately resulted in the assault of the two officers by the people.

Thereafter, about 300 officers of the GAF were deployed to the Dome Faase which resulted in several other brutalities. Reports indicates that, hundreds of the residents have deserted their homes. A situation a Chief of Obom traditional area, Nii Addo Omankrado, speaking on Adom FM’s morning show Dwaso Nsem on August 26, 2020 described as worrying as “the town has become a ghost town because residents have fled to surrounding villages following the incident. The Chief added that only few women and children were left in the community“. This was confirmed by a mother of five, who was arrested together with her family and later released leaving her husband in the police cell.

The right to own a property including land is a fundamental human right. Accordingly, under no circumstance should a person or a group of people be deprived of this right by interference or unlawful invasion of privacy of same, not even in the event of public need of the property. Ghana’s Constitution requires the State to guarantee the recognition of the ownership and possession of land and that the managers of public stool, skin and family lands are fiduciaries charged with the obligation to discharge their functions for the benefit respectively of the people of Ghana. It is therefore unacceptable for a chief who has non-allodia right to encroach on stool or family lands of other chiefs or families.

In 2005, the African Peer Review Mechanism (APRM), in its comprehensive review of Ghana, identified several shortfalls in the country‘s democratic development and governance procedures among which is the existence of numerous local conflicts over land tenure and chieftaincy. It is to address such land tenure issues and prevent conflict as witnessed in the case of Dome Faase that Ghana’s Constitution established the Lands Commission to coordinate with relevant public agencies and governmental bodies such as the Administrator of Stool lands, and traditional authorities and stools to manage public and stool lands and any lands vested in the President or the Commission. The HRAC condemns the act of the Mponuahene of Akyim for engaging officers of the GAF and land guards in the Dome Faase land dispute which led to a clash between the officers and the residents. We also condemn the unjustified deployment of the officers of GAF which is an abuse of power, to Dome Faase and the subsequent indiscriminate abuse and arbitrary arrest of some residents which is a human rights violation.

The HRAC therefore calls on the Lands Commission and the Administrator of Stool lands to coordinate with all relevant public agencies and traditional authorities concerned in finding lasting resolution to the Dome Faase land dispute.

We also draw the attention of the leadership of the Ghana Armed Forces to the fact that Ghana is a signatory to many international human rights treaties and protocols that prohibit all forms of human rights violations including torture, degrading and inhuman treatment of persons. Again, the Constitution of Ghana stipulates against any act that disrespects the dignity inherent in a human being and the recognition of his legal status and the prohibition of all forms of torture, cruel, inhuman or degrading punishment (Article 15). Furthermore, the Ghanaian Constitution in Article 34(4) states that “The State shall cultivate among all Ghanaians respect for fundamental human rights and freedoms and the dignity of the human person”.

HRAC, in this regard calls on the Chief of the Defence Staff (CDS) to take the necessary steps to ensure that the engagement of the GAF by chiefs and individuals in settling land dispute through intimidation, torturing, arbitrary arrest and unlawful detention of civilians should stop and institute disciplinary measures against officers who engage in such disrespectful and abusive mission to help redeem the falling image of GAF.

As a human rights organization, we therefore assure the public that we will follow up with the relevant stakeholders in this case and ensure the land dispute is resolved and peace is restored in Dome Faase.

The Human Rights Advocacy Centre (HRAC) is a not-for-profit, independent, non-partisan, research and advocacy Organization set up to promote respect and protection of human rights in Ghana.